1989 is Taylor’s fifth studio album. It was released on October 27th, 2014 as her first official pop album. 1989 appeared on several publications’ lists of the best albums of the 2010s and featured in Rolling Stone‘s 2020 revision of their “500 Greatest Albums of All Time” at number 393. In addition, 1989 is the most awarded pop album in music history.

Taylor began preparing for the album during the same year RED (2012) was released, during a time of significant amount of media scrutiny. Over the course of the two-year songwriting period, she primarily collaborated with producers Max Martin and Shellback — Martin served as the album’s executive producer alongside Taylor. She shared her goals while crafting the album that would redefine her career:

“I wanted it to be a sonically cohesive album, and it ended up really being the first I’ve done since Fearless. I also wanted the songs to sound exactly how the emotions felt. I know that’s pretty vague, so I really didn’t know where it was going to go, but I knew that I wanted to work with the collaborators I had such crazy electricity with on RED, like Max Martin. I wanted to do some things that sounded nothing like what we had done before.” — Taylor Swift

As a result, 1989 represents a departure from the country music of her previous albums, and is described by Taylor as her “first documented official pop album”. In contrast to her previous work, the production of 1989 consists of drum programming, synthesizers, pulsating bass, processed backing vocals, and guitars.

The album received generally positive reviews from contemporary music critics and it was ranked as one of the best albums of 2014 by several publications, including Billboard, Time, and Rolling Stone.

SINGLES
1989 features 13 songs. The deluxe edition includes three bonus tracks and features an additional three voice memos of the beginning stages of the tracks “I Know Places“, “I Wish You Would” and “Blank Space“. Taylor teased her new sound in August 2014 with the release of “Shake It Off,” making the track the first of seven singles. The songs “Blank Space,” “Style,” “Bad Blood,” “Wildest Dreams,” “Out Of The Woods“and “New Romantics” eventually followed. In addition, “Welcome to New York” was used in tourism ads for the city that served as the track’s inspiration.

COMMERCIAL PERFORMANCE
1989 debuted at No. 1 on the Billboard Top 200, selling 1.287 million copies in the US during its first week. It was a record week for Taylor, and even more impressive considering the current slow failure of album sales. The total US sales figure from the debut week of 1989 was the highest since 2002, and made Taylor the first artist to sell one million or more copies of an album in a week-long period for three albums (she has since extended that record to four, after reputation (2017) sold 1.23 million copies in its first week). 1989 eventually became the best-selling album of 2014 in the US market.

In 2019, 1989 became eligible for a Diamond certification by the RIAA for selling over 10 million copies in the US, while selling over 22 million worldwide. Once certified, Taylor will become the first artist to have a diamond album and single (“Shake It Off”) from the same era. 1989 is Taylor’s second album to reach Diamond status by the RIAA (Fearless was certified in 2017).

1989 WORLD TOUR
In May 2015, Taylor kicked off the album’s tour. The “1989 World Tour” went on to become the highest grossing North American tour by a female artist in music history with earnings of 250 million dollars. That record has since been beaten by Taylor’s own “reputation Stadium Tour“.

TITLE SIGNIFICANCE
The idea to name the album 1989 came to Taylor in a dream on January 27, 2014. In an interview later that year, she explained:

“It was the night of the Grammys this year. […] I remember going home and playing a lot of the new music I had recorded for some of my backup singers and one of my best friends. We were all sitting in the kitchen and I was playing them all this music, and they were just saying, ‘You know, this is very eighties. It’s very clear to us that this is so eighties.’ We were just talking and talking about how it’s kind of a rebirth in a new genre, how that’s a big bold step, how, kind of, starting a part of your career over. When they left that night, I just had this very clear moment of, ‘it’s gotta be called 1989.’” — Taylor Swift

She also said the following on the inspiration behind this record:

“I was listening to a lot of late 80s pop…I really loved the chances they were taking, how bold it was. It was apparently a time of limitless potential, the idea you could do what you want be what you want…the idea of endless possibilities was kind of a theme in the last two years of my life.” — Taylor Swift

WRITING AND RECORDING
Following the release of her fourth studio album, RED, and its corresponding tour, Taylor was “six months deep in the songwriting process.” In November 2013, the singer told Billboard: “There are probably seven or eight [songs] that I know I want on the record. It’s already evolved into a new sound, and that’s all I wanted.” During the promotion for the album, Taylor said that she “woke up every single day not wanting, but needing to make a new style of music than I’d ever made before”. Taylor explained in a January 2015 interview that she was “very proud” that she made a pop album because she “wanted to”, and “there was no-one else influencing” her.

In February 2014, Taylor confirmed she was again working with Martin and Shellback, with whom she had collaborated for the writing of three songs on RED. This time, they were writing “a lot more than three songs together.” Taylor’s friend Jack Antonoff, with whom she had previously collaborated on the song “Sweeter Than Fiction“, and Ryan Tedder also worked on the album. Antonoff co-wrote and co-produced the songs “Out Of The Woods”, “I Wish You Would” and “You Are in Love“, with the third track only appearing on the United States Target, Target Canada, and international deluxe version. Tedder co-wrote and co-produced two songs with Taylor — “I Know Places” and “Welcome To New York” — after she contacted Tedder through a smartphone voice memo. Tedder then began working on a demo for “I Know Places” on his tour bus while in Switzerland. The pair scheduled studio time soon after and recorded the song.

In September 2014, Taylor told Rolling Stone that one of the songs on the album was taken “straight from the pages of my journal”; although the name of the song is unknown, Taylor mentioned “Out Of The Woods” as part of her interview response. In regard to “Out Of The Woods”, Antonoff said: “Part of it reads like a diary, and parts of it read like something 100,000 people should be screaming all together. It’s got these very big lines that everybody can relate to, which are given weight by her being really honest about personal things.” “Out Of The Woods” marked the first time that Taylor had written a song over an existing track — Antonoff sent an early version of the song to Taylor, who then added vocals and lyrics within a 30-minute time frame.

MUSIC COMPOSITION AND INFLUENCE
When Taylor first announced the album on August 18, 2014, she described it as her “first documented, official pop album”, stating that she was inspired by late 1980s pop during the recording period. Musically, 1989 is a synthpop and dance-pop album that features more electronic production than her previous releases. The album contains drum programming and synthesizers provided by Martin, and the production is backed by a pulsating bass (Yamaha DX7), processed backing vocals, and guitars, the latter of which provide “texture”, as described by Jem Aswad of Billboard, who states that “an acoustic [guitar] is audible on just one song.”

Taylor described 1989 as the most “sonically cohesive” studio album she ever made. In an interview with Kiss FM (UK), she confirmed that the title was inspired by the music developed in her birth year, 1989, which she had re-discovered during the making of this album. In September 2014, Taylor told Rolling Stone Magazine that Martin, New York City, her journal, Fine Young Cannibals and a sense of experimentation were the key influences underpinning the album. In relation to experimentation, Taylor elaborated on the music of the 1980s:

“It [the 1980s] was a very experimental time in pop music…People realized songs didn’t have to be this standard drums-guitar-bass-whatever. We can make a song with synths and a drum pad. We can do group vocals the entire song. We can do so many different things. And I think what you saw happening with music was also happening in our culture, where people were just wearing whatever crazy colors they wanted to, because why not? There just seemed to be this energy about endless opportunities, endless possibilities, endless ways you could live your life. And so with this record, I thought, “There are no rules to this. I don’t need to use the same musicians I’ve used, or the same band, or the same producers, or the same formula. I can make whatever record I want.” — Taylor Swift

INFLUENCES
Musically, 1989 was influenced by some of Taylor’s favorite 1980s pop acts, including Annie Lennox, Phil Collins and “Like a Prayer-era Madonna”. The songwriter explained in an October 2014 television interview that, in terms of lyrics, she was inspired by the process of self-discovery that occurred during the two years prior to the release of 1989. The album’s lyrical content concerned with love and relationships show an emphasis placed upon the complexities of both. Taylor said her lyrical inspiration behind 1989 was John Hughes films.

AWARDS & ACCOLADES
1989 won the GRAMMY Award for “Album of the Year”, making Taylor the first female credited main artist to win the top prize at the ceremony twice with her own works, having previously won in 2010 for Fearless, and her third nomination overall after RED in 2014.

In 2019, Rolling Stone Magazine wrote: “1989 was a blockbuster — hit singles after hit singles after hit videos after tabloid headlines after ‘Damn, is it really 2016 already and this album is still going?’ Sure was, and Taylor used her second ‘Album of the Year’ win that February to trumpet her own historic accomplishments while also shading Kanye West for saying some not-nice things about her on wax — wow, what a pop star. But the most remarkable thing about 1989 was that once it finally did die down, there were still singles to go: ‘Welcome To New York’ was Devil Wears Prada-worthy enough to excuse the stretch in credibility, and ‘All You Had To Do Was Stay‘ was one of the decade’s best pop songs, straight up.”

And that is why 1989 is the most awarded pop album in music history. 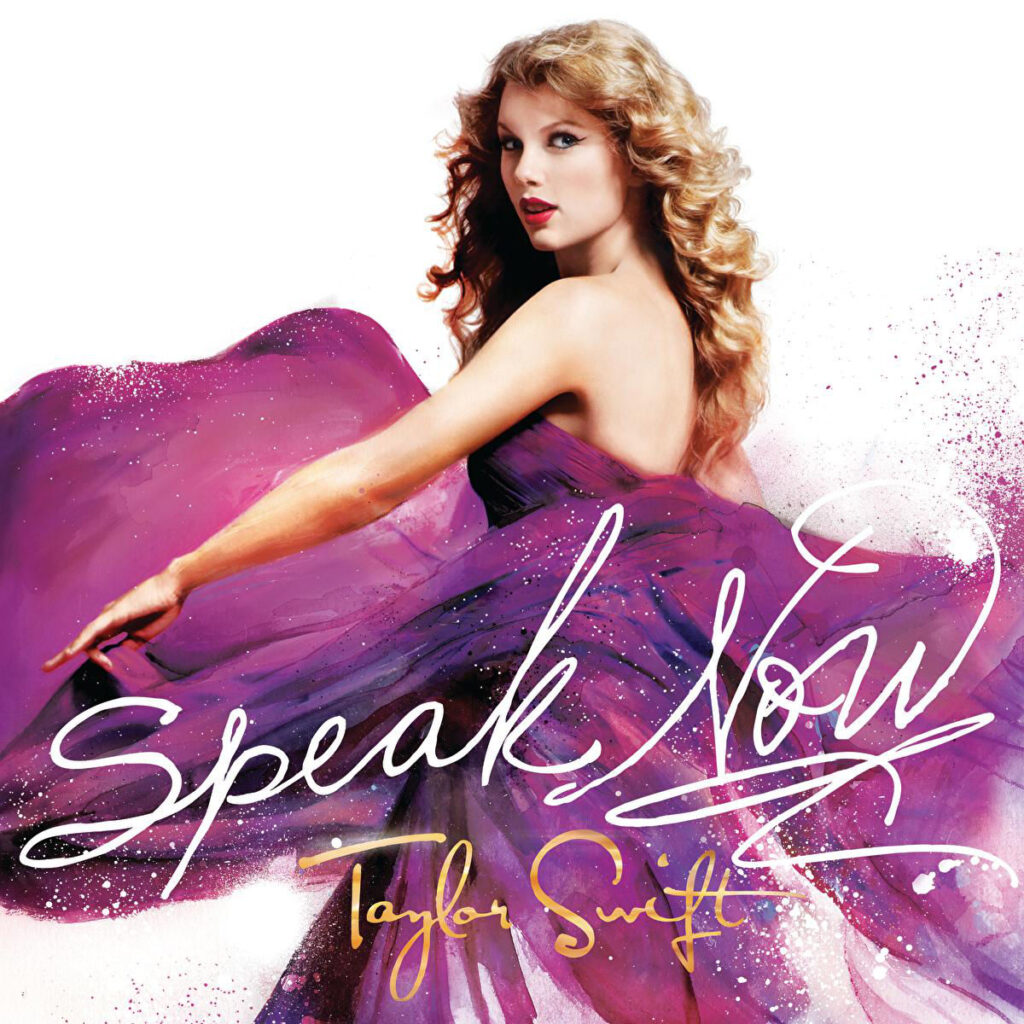