City of Lover was a one-day concert by Taylor. It was held at the Olympia theater in Paris, France, on September 9, 2019, slightly over two weeks after the release of her seventh studio album, Lover (2019). On May 15, 2020, a TV special titled Taylor Swift: City of Lover, filmed at the concert, was broadcast on ABC in the United States and later released on Hulu and Disney+ for a limited time.
The concert was reserved for fans who had won exclusive tickets through online contests or album purchases. The set list consisted of sixteen songs, with eight songs from Lover and eight songs from Taylor’s back catalog. The City of Lover concert ran for a duration of one hour, and was the only concert that Taylor held at a music venue to promote Lover, after the planned sixth concert tour “Lover Fest” world tour was canceled due to the Covid-19 pandemic. Compared to the original concert, the TV special only included the eight songs from Lover, and ran for 42 minutes.

Taylor released her seventh studio album, Lover, on August 23, 2019, through Republic Records. Described by Taylor as a “love letter to love itself”, Lover explores the “full spectrum of love”, inspired by the connections with fans during her “reputation Stadium Tour” (2018).

To celebrate the album’s release, Taylor held the City of Lover concert, a one-off concert at the Olympia music hall in Paris, France, on September 9, 2019. Prior to the event, tickets were not available for the public, but were reserved to fans who had bought the album to enter online contests from a select 37 countries around the world. Due to the event’s secrecy among selected fans, there were no widespread promotional campaigns for it.

The City of Lover concert marked Taylor’s first concert at a music hall in France since her 2011 “Speak Now World Tour” — she had also held a small performance on a boat by the Seine in 2013 to perform songs from RED (2012). Concertgoers were given LED-illuminated wristbands that flickered and flashed in sync with each song Taylor played.

The title of the concert is based on the nickname of Paris as the “City of Love”. There were a total of approximately 2,000 attendees, all of whom had won tickets to the concert through online contests or album purchases. The concert’s set list is primarily made up of songs from Lover, including the singles “ME!“, “You Need to Calm Down“, “Lover“, “The Man“, and the album tracks “The Archer“, “Death By A Thousand Cuts“, “Cornelia Street“, and “Daylight.”

The special also offered some insight into the creation of Lover, with Taylor breaking down the themes streaking throughout the album and stripping down their live presentation. “A lot of these songs on this album that just came out, I’ve never played live before,” Taylor remarked early on. Although the stadium shows wouldn’t be happening anytime soon, Taylor’s fans got to watch her play some of her favorite Lover songs on acoustic guitar, grand piano or as the full-band spectacle that they’re used to experiencing.

On May 17, 2020, the concert was aired as a one-hour special, titled Taylor Swift: City of Lover, on ABC. The following day, it was made available for on-demand streaming on Hulu and Disney+. Media publications opined that the release was due to the Covid-19 pandemic, which led to Taylor’s planned “Lover Fest” world tour to support Lover being postponed, and ultimately cancelled. When she announced the release of the concert footage, Taylor said:

«So I played this concert in September, called the 'City of Lover' show and it was in Paris. It was so much fun! It was actually a show that we put together just to celebrate the Lover album coming out. And we filmed it and I'm really excited about it!»

Upon completion, the City of Lover concert received positive feedback from the European media. Most critics were particularly fond of the acoustic session, which showcased Taylor’s songwriting crafts and intimate connections with the audience. Hannah Mylrea from the British magazine NME gave the concert a five-star rating. Also awarding the concert a five-star rating, Sarah Carson from the British newspaper i lauded Taylor as a “confident and commanding performer” with a more laid-back and self-asserted attitude. Carson was impressed by her performance at the 2,000-seat Olympia: “It’s one of the inevitable tragedies of fame that when a singer-songwriter transcends to ‘superstar’, world tours and stadiums and spectacles shove special little gigs like this to distant memory – to see Swift so close, in a historic room, all gilt and deep red velvet, was a privilege.”

The ABC TV special received positive reviews in the American press, although some critics felt that the 42-minute run was rather too short. Chris Willman of Variety lauded Taylor’s storytelling abilities through both her songs and her conversations regarding behind-the-scene conception of her music. Willman was also impressed by her simplistic appearance in a black dress and black boots, and the minimal lighting, which fostered an intimate setting. Alexis Lanza from North by Northwestern was similarly positive, but questioned whether Taylor only including the Lover songs was the result of the ongoing masters controversy with her former record label. 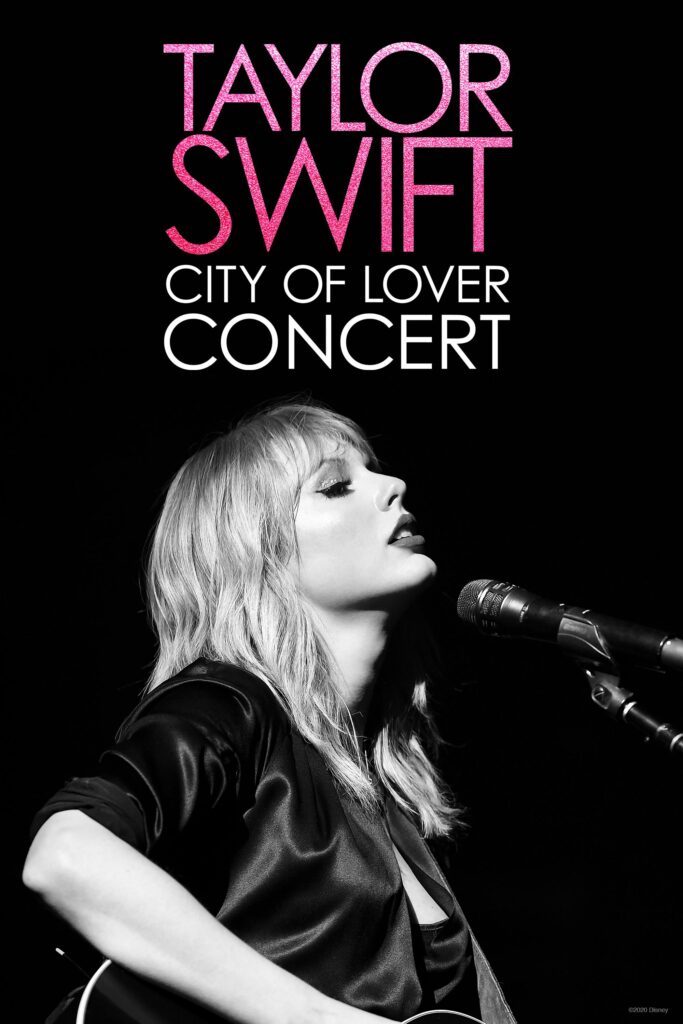