On October 22, 2016, in a tightly packed 80-minute set that covered all her hits to date and a host of back catalog favorites, Taylor deftly demonstrated exactly why she’s one of the biggest stars of her generation; with fantastic vocal chops and perfectly choreographed stage routines, she wowed the 80’000 fans in attendance. This was her only performance of 2016, and her first show since her “1989 World Tour” had wrapped in December 2015 — and it was ecstatically received.
Unlike past years when the Formula 1 musical entertainment had been a side attraction to the main event, many fans clearly shelled out for $150 three-day race passes specifically to see Taylor. Around 3:30 pm, as the day’s race activities were beginning to wrap up, distinctively Swiftian crowds, loaded with young girls aplenty, were boarding shuttle buses headed toward the track. The process of converting the grounds from racetrack to concert venue took somewhat longer than anticipated, and the gate to enter the lawn in front of the Superstage where Taylor performed opened 35 minutes late. The crowd became restless and a demanding chant, “Taylor! Taylor! Taylor!” broke out at the front of the line shortly before the gates opened.

Once the lawn section started to fill out, families who opted to spread blankets in the middle to back section of the lawn fared better than those who attempted to navigate the crush of people in the front section where sight lines and breathing room were both tough to come by.

From the moment Taylor emerged from jets of colored fog to the drum snap of “New Romantics,” she commanded the huge festival-sized stage in front of her and projected every stalking step, shimmy and perfectly timed wink or hair flip out to the tens of thousands of fans gathered acres away on lawn seating. “Oh hi, Austin, Texas…Welcome to F1 weekend,” Taylor said, addressing the screaming masses with casual charm. Backed by a five piece band and four backup singers, she segued into “22” unleashing the first of several increasingly explosive fireworks displays that would augment her set. Then she dropped a bombastic rendition of “Blank Space” that began with a surprisingly lovely harmonized intro and an enthusiastic audience singalong. She encouraged the audience to “Let go of anything that’s stressing us, sing at the top of our lungs and scream when we need to scream,” and the crowd happily obliged throughout the show.

Taylor said the crowd for the show numbered 80’000 and gazing out across the massive throng that filled the field in the middle of the track, the figure seemed entirely plausible. The stage was flanked by a pair of massive screens with a third screen as the backdrop. Visual effects on the screens were relatively minimal throughout the show. Primarily, they served a practical purpose: to transmit the detailed gestures and expressions Taylor uses to conjure the many sides of her character to the huge crowd.

At one point, she strapped on an acoustic guitar and dipped into her back catalog, playing songs she said she usually leaves off her setlist, including one of her earliest hits “You Belong With Me.” Later she sat at a sparkly piano for a suite showcasing her raw talent as a musician and songwriter that included passionate renditions of “Sparks Fly,” her world premiere of “This Is What You Came For” and a mashup of “Enchanted” and “Wildest Dreams.”

Taylor mashed up “We Are Never Getting Back Together” and “Bad Blood” in a furious one-two punch that made you shudder for anyone forced to face her withering wrath, but she saved the best message for her haters for the end.

By the time the closing fireworks on the undeniable dance party of “Shake It Off” signaled the night’s close 80 minutes later, Taylor bid farewell as a smiling and thankful conquering hero. It might have been her sole public concert for the entire year, but with a crowd that ranks as one of her largest ever, it showed no drop off or rust from a star determined to remain one of the biggest names in music for a long time to come.

Early on Taylor  acknowledged that the Austin show was her only 2016 show after spending much of the year prior on the world-spanning tour in support of the 1989 album, and that she was looking forward to reconnecting with fans for one night.

Swift’s past history of October even-year releases had many speculating that Saturday’s show might feature new material as a way to build toward her next artistic move, but she stuck to her well-known catalog instead. Now officially 10 years into her career, Taylor appeared fulfilled performing her first ever “Greatest Hits” concert, apparently making $20 million in the process. 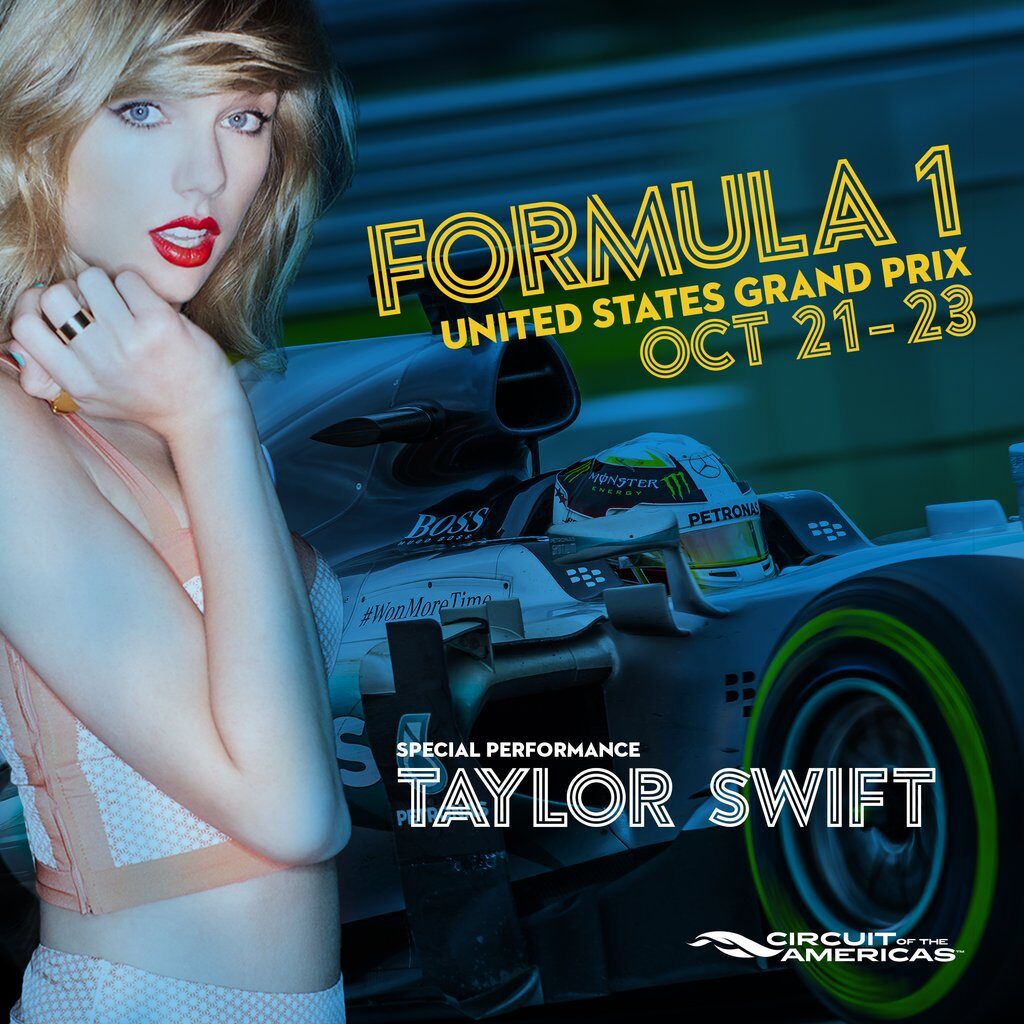